How to survive conf calls with elevator music

I guess you all know the situation: you have dialed into a conference call but the leader is not yet present. So the conference call bridge plays elevator music or soft jazz or ... When you hear that the first time it is nice but for people that spend a good part of the day in virtual meetings this gets boring. You end up in a state like this: 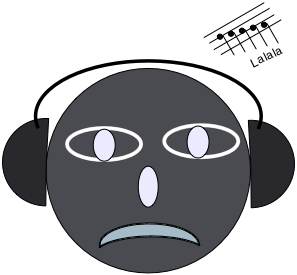 Actually there is a solution to this: 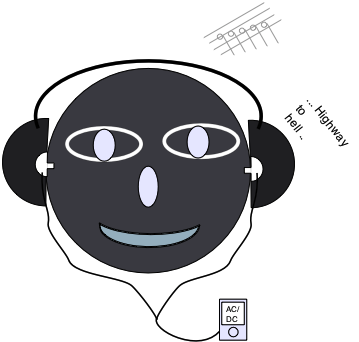 And meetings may even become more interesting if you do not pull out the head-phones when the meeting actually starts :-)
No comments: Links zu diesem Post

I recently had the issue while working on the AS7 plugin that no matter what version I was using in the maven pom, the server always printed a message like the following on deployment:

It turned out that I had an explicit entry like this in the plugin descriptor, rhq-plugin.xml:

This explicit version overwrites all the other version qualifiers that maven creates; and a maven release cycle will not update it as well. After removing the version attribute from the plugin element, versioning was as expected.

So if you need a stable version, encode it in the plugin descriptor. Otherwise leave it to the build magic to provide the version.

Updated slides from my JFS talk about JBossAS7 available

I've put the updated slides of my presentation about "Neuerungen in JBossAS7" at this year's Java-Forum-Stuttgart online. You can download them as PDF.