Denis Krusko, one of the two GSoC students working on RHQ has just committed a first batch of Russian translations to RHQ. Here are two screenshots to bring you in the right mood.

If you speak Russian and want to help Denis, I am sure he will appreciate it. Check out the translation project on github for details. 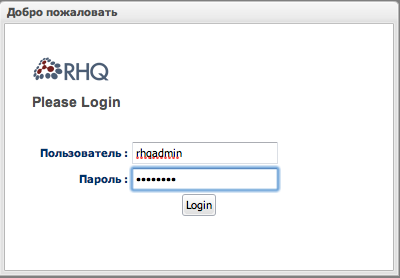 RHQ participates in this years Google Summer of Code™

We have as part of the JBoss.org organization seen many very good proposals and the whole JBoss.org has seen many more so that even with the generosity of Google, we have obviously obtained a lot less slots than the number of good proposals received.

So I am extremely happy that for RHQ those two proposals have been accepted:

I am together with the other RHQ contributors very much looking forward to see Krzysztof and Denis in action.

*) GSoC Logo is taken from http://code.google.com/p/google-summer-of-code/wiki/GsocLogos and has a CC-3.0-attrib-non-commercial-no-deratie license
No comments: