I had the pleasure to be invited to present the Hawkular eco-system at GrafanaCon 2016.

The venue for this 2-day conference was certainly not your everyday conference venue in a hotel ballroom or cinema, but a lot more heavy-metal: 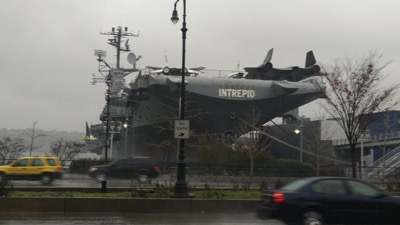 And thus the sessions of the first day all happened in the on-board theatre which used to be one of the elevators that moved the aircrafts from the hangar to the flight deck. 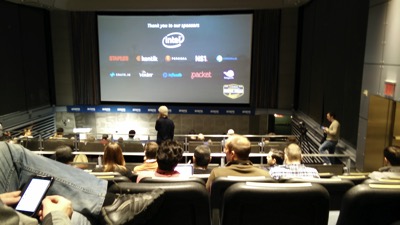 The sessions were kicked off by Torkel Odegaard, the creator of Grafana by giving some numbers about the growth and versions of Grafana and the community of users and contributors.

In the next session Kevin from Fermilab talked about lasers and how they are connected to Grafana (hint: monitoring of the huge infrastructure that monitors the collider experiments).

And then next was something that probably most have been waiting for: the official launch of Grafana 4 by Torkel. This included a demonstration of some new features like Alerting, where you can define alerts directly on a graph including a visual value-picker and a simulation mode. The announcements continued later by announcing the renaming of Raintank to GrafanaLabs and the completion of the Stack with Intel Snap, which was announcing its version 1.0 followed by Graphite doing the same

I am not going through all the sessions here, but still want to mention the presentation of Kyle Brandt, creator of Bosun alert engine. His talk was less of a product presentation, but rather a philosophical one on getting the communication right. If one engineer sets up an alert trigger and another one has to work on the fired alert, it is important that the later gets enough context to be able to quickly react to the alert.

The afterparty in the evening happened in a nearby bowling place. Those balls are a lot larger and heavier than those we use in Germany for Kegeln. 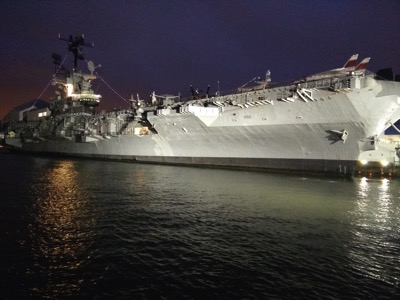 The second day had a format with 2 parallel sessions, which was a lot more "how-to" like, which included a good presentation by Brian Brazil of Promtheus fame and a nice (hi)story of monitoring at Sony PlayStation. My talk took place on the afternoon at 3pm. It went well and I got some good questions and feedback. Bridge of the Intrepid 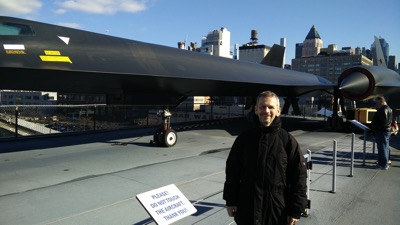 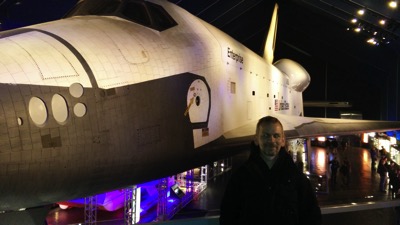 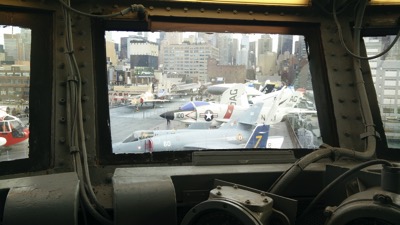 View from the bridge

All talks were recorded and will be pushed online once the video team has edited in the slides. My Slides are available in the meantime from http://www.pilhuhn.de/GrafanaCon2016.pdf. I will update this post once the recordings are online.