About one and a half years ago I bought myself a Canon Digital Ixus i Zoom. After two weks, the camera was broken, as the lens protection lids were just lying in the lens tube. I had the camera sent to Canon and they repaired it on warranty.
The camera worked well - until recently when I had the same issue again. Googling around indicated that this time the repair would be expensive. 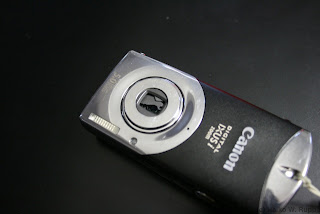 After the camera was just lying around, I thougt "why don't I just remove the broken parts and try if it works again?"

Here is what worked for me.
I take no responsability whatsoever if your camera breaks, you hurt yourself or your dog runs away.
Continue reading at your own risk

So I took tweezers to try to remove them. As this was not soo easy I shaked the lens tube a bit and found out that I could just remove the cover.

The next image shows the parts that fell out 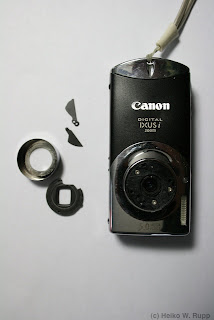 This closeup of the front shows an axis (red), a slider (green) and a hole (blue) 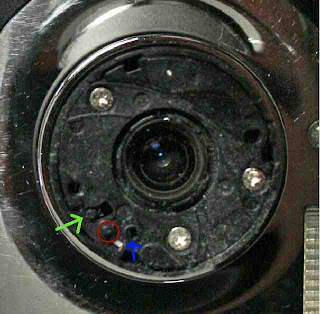 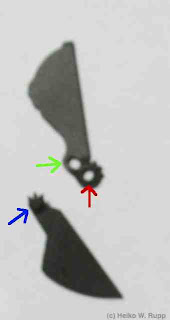 The result should look like in the next picture: 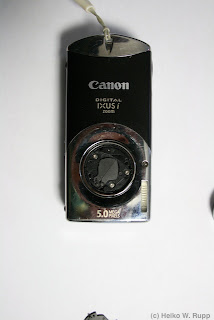 Or when you switch the camera on: 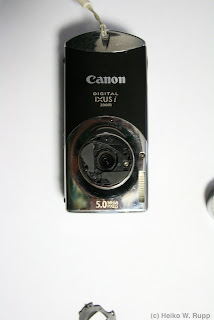 Now it is time to clip the grey plastic ring back on. There is basically only one way to do it right: 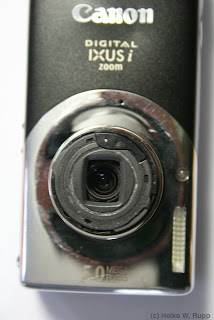 After that put the metal tube/front cover back on it and carefully apply some preasure to it. Volia the result: 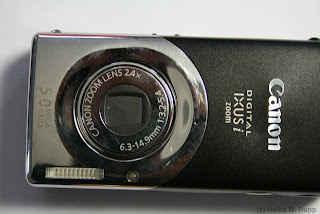