Small review of OneDayTalk (with pictures)

Yesterday I was in Munich at the JBoss One Day Talk conference, talking about RHQ. The conference was organized by the Munich JBoss User Group.

Conference was very nice - like a big family event. Met some (JBoss) colleagues like Emmanuel Bernard, Manik and Navin Surtani, Thomas Diesler and Heiko Braun, as well as others like Andreas and the organizing Serge Pagop (who also works for Red Hat now). Also met Java Rockstar Adam Bien.

My talk about RHQ went mostly well - had around 40-50 listeners and got some good questions after the talk. The downside was that I spending a little too much time on the slides and general aspects so that I was not able to fully show the new RHQ 4 UI or even the provisioning subsystem.

If you want to new about the new UI, you can download the developer preview we released some time ago or checkout this video on YouTube. And come to JUDCon in Berlin next week to see it in action as well, as learn about plugin development.

My slides from the talk are also available as PDF.

Here are some impressions from the OneDayTalk: 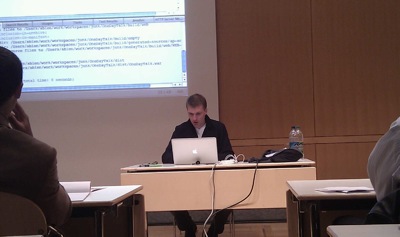 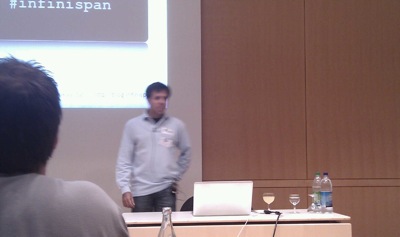 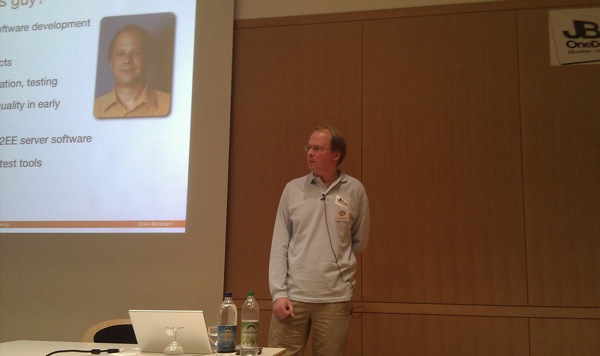 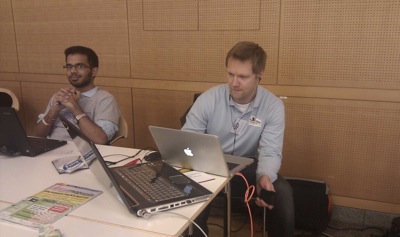 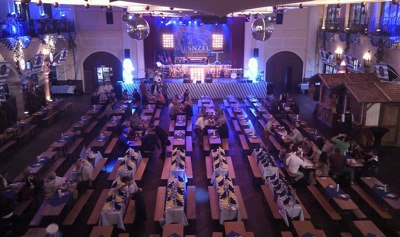 tanks for your great presentation by the JBoss OneDayTalk 2010 in munich. In you post we can see the pictures, maybe a problem with the picture files?

Serge, you are right. They did work when I uploaded the post. But I guess, as I linked them from twitpic, the access token is no longer valid and the images became unreadable.

I've updated the post to show the pictures again and also with my slides as PDF.