We have just made a new developer preview release of RHQ available. This release features a lot of changes and improvements in the UI, that is rewritten in GWT. 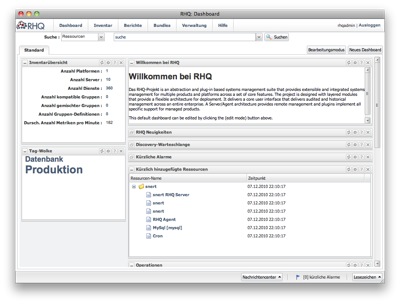 Please check out this release and give us as much feedback as you can. Also we are very interested in getting more translations

Thanks to everyone who contributed. Heiko (on behalf of the RHQ team)