Today is the last day of Devoxx and actually it is only half a conference day and the exhibition floor is closed anyway. Will it be a good day? Yes, of course it will.

In the first session JRuby has been presented and how easily you can write programs in it. JRuby will run most of the 'normal' Ruby programs without change - except those that are using C libraries. But even those can be used with some changes. They also showed the nice integration into NetBeans with auto-completion for a lot of stuff.


Next talk I attended was about WOTE (Write Once Test Everywhere). Brian Leonard talked about developers can effectively test apps without the need to access to lots of extra machines. But first it was a sales pitch for Solaris and OpenSolaris (and other Sun products).

After this he showed how to build a database CRUD application in NetBeans and how to turn it into a Java Web Start application, deploy it via web server and test it outside of the IDE.

ZFS allows for Snapshots (like the NetApp filers already allowed over 10 years ago), which is kinda neat, as you can define a file system, run the tests and then roll back to the original maiden state.


I went quickly to the talk about EJB 3.1 - from legacy to secret weapon by Adam Bien. Of course I already had some knowledge, but I finally wanted to see Adam live, which I was never able before. 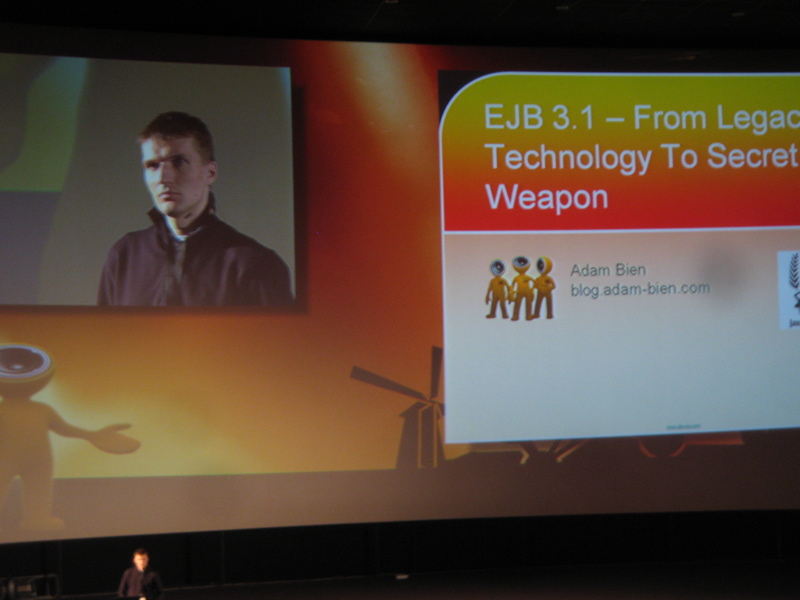 My last session was "Dynamic Service Management in High resolution monitoring systems". This was about visualizing data on very large screens (up to 16mx6m in size) with equally high resolutions in real time. The first part was again a sales pitch, which was still interesting, as they showed pictures of the installed screens.

After this the talk went more into the technology behind the Digital Mosaic. An interesting idea behind the software is data driven control room management, where they can update the whole wall and update screen layout when an alert arises. Of course it is also possible to just update a value on screen :-) 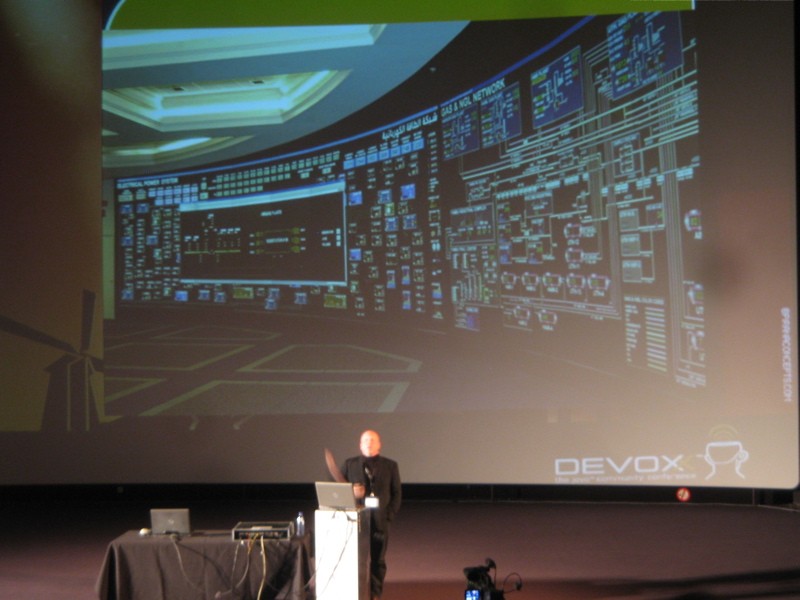 Picture of a 15mx3m screen

That's it from Devoxx08 - I will probably in the next days post a summary with more pictures from the conference and also from Antwerp, which is a really nice town.